When and how did you enter the field? What kind of RD work do you do?

I learned to write proposals to fund my graduate research in evolutionary biology, and after graduating, I shifted directly into a career at Indiana University in research development, initially as a one-person shop providing proposal support to my graduate department. When the VP for Research created a central team to support strategic proposals and faculty development, I joined the team as a research development specialist with a specialty in complex, team-based proposals. I eventually served as director of that team for a couple years, while also still working with teams developing proposals. 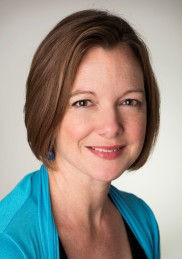 When one of those teams earned a 5-year internal “Grand Challenge” award, I accepted the position of assistant director for the initiative, which I still hold. Although less connected to proposal work in this role, I have had the privilege to experience the next phase of the grant process, helping a group of researchers implement their proposed plans to launch a “grand challenge” initiative, which has honed my skills as an administrator, and has given me valuable insight into the ways in which the articulation of a proposal’s project plan can impact post-award implementation. I have also been an active participant in the growing RD community of practice surrounding university-led Grand Challenges and other audacious research initiatives.

What’s your history with NORDP? How have you engaged with the organization?

When I joined IU’s campus-level proposal team in early 2012, I had colleagues for the first time, and one of the first things they taught me was about the existence of NORDP. I joined immediately, and have attended every national and Great Lakes regional conference since then, several times as a presenter or panelist.

I became involved with NORDP’s Professional Development Committee in 2014, and shifted to the Pre-conference Workshops Committee when that function was split off before the 2015 conference. I learned the ropes as co-chair under Kari Whittenberger-Keith for the 2017 conference, and chaired that committee for the 2018 and 2019 conferences. In that role I also served as liaison to the Conference Organizing Committee for the 2018 and 2019 conferences. This year, I joined the core team organizing the 2020 conference with co-chairs Jill Jividen and Jenna McGuire, for which I led the workshops working group and served as liaison with the evaluation working group before the pandemic canceled the conference.

I am honored to have been elected to NORDP’s Board of Directors, and look forward to serving the organization in this new way.

What relationships have you built as a result of NORDP?

I knew from my very first conference that I’d found “my people.” Through NORDP conferences and committee work I’ve met so many people I consider to be not just acquaintances, but true friends. We share information, offer advice, follow each other’s careers, and look forward to seeing each other. I’ve also developed fond relationships with a couple of the people I’ve met through NORDP’s mentoring program, and still check in with them long after our formal year together has ended.

What are you most excited about as a board member?

Most of the committee work I’ve done for NORDP has been seasonal, so I’m looking forward to working with NORDP colleagues on a year-round basis. It’s an exciting time to be joining the board, as the organization begins to implement our new strategic plan, and also as COVID-19 has so dramatically shifted people’s approach to in-person work, which I think offers interesting opportunities both for the practice of research development and for NORDP as a geographically-dispersed organization.

NORDP fosters a culture of inclusive excellence by actively promoting and supporting diversity, inclusion and equity in all its forms to expand our worldview, enrich our work, and elevate our profession.