Kimberly Eck is one of three new elected NORDP Board Members in 2018. We thank Kimberly for her service to NORDP!

What’s your history in RD? When and how did you enter the field? What kind of RD work do you do? 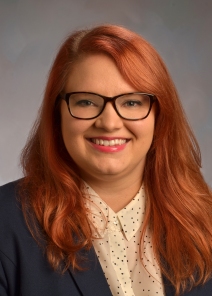 I started in RD in 2009 working for a small consulting company with clients in the healthcare and public health sector. Like many RD professionals, I had never heard of “research development” and didn’t know I was a research development professional until I had been working in my role for several years. After several years of consulting, I moved to higher education and found my niche. Today, as the Director of Research Development at the University of Tennessee, Knoxville, I lead a team that specializes in interdisciplinary teaming, long-range planning, and supporting major, multi-million proposals. I have taken a major leadership role in a university-wide cluster hire and grand challenge initiative and am increasingly involved in supporting our university centers and institutes.

What’s your history with NORDP? How have you engaged with the organization (committee work, conferences attended/presented)?

During the past year, I served as the Chair of the Southeast NORDP Region (SE NORDP). In this role, I led the region and SE NORDP Executive Committee in becoming an officially-recognized affinity group, launching a regional meeting series, and creating a regional RD job shadow experience. I’ve also regularly presented at the NORDP conference with colleagues and contributed to committees. I’ve really enjoyed presenting my original research with a great group of collaborators that I met through NORDP.

What relationships have you built as a result of NORDP (new colleagues, connections to institutions where you previously had no point of contact)?

Being a part of NORDP has allowed me to develop a nation-wide network. I know so many people at so many institutions throughout the country that I would have otherwise never met. In particular, working with my collaborators on research projects and my fellow SE NORDP Executive Committee members has been very rewarding. It is great to have a group of professional colleagues to learn from, bounce ideas off of, and share frustration with. I love catching up with colleagues every year at the NORDP conference.

What inspired you to run for a position on the NORDP board?

I am passionate about the field of research development and NORDP. Over the next four years, I hope to help NORDP continue to grow and serve its members.

What initiative are you most excited about in your new role as a board member?

I have often commiserated with fellow research development professionals about the lack of understanding and consistency in titles, roles, and responsibilities. There is a new initiative that I am planning to propose that relates to cataloging and describing the typical titles, roles, and responsibilities of research development positions. This a complex task that builds on the original research conducted by myself and colleagues and will require substantial input from the NORDP community. Ultimately, I hope to lead a working group to create a set of guidelines that will be useful to NORDP as well as human resources, administration, and institutional leadership.

NORDP fosters a culture of inclusive excellence by actively promoting and supporting diversity, inclusion and equity in all its forms to expand our worldview, enrich our work, and elevate our profession.